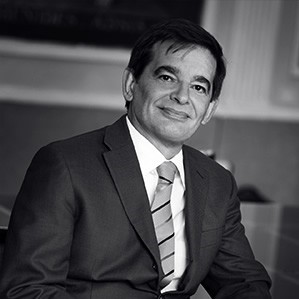 This webinar will address two key areas in both European environmental policies and national regulations.

The first one covers the legal principles and main rules in Waste Management (WM). The distinction between what is legally ‘waste’ and what is not waste – but, possibly, by-product – has been mainly shaped by the decisions of the European Courts, that will be presented and discussed. This will drive the webinar the the area of Circular Economy, that during the coming years will be influencing all aspects of Waste management. Finally, the growing field of environmental liability in waste management will be addressed.

The second area is related to contamination and remediation of polluted areas. In spite of not being directly covered by European Directives, this part of the law is strongly influenced by two sectors of European regulation: one is environmental liability (Directive 2004/35/EC) and the other is the discipline of the baseline report provided by the Industrial Emissions Directive (Directive 2010/75/EU). After the presentation of these aspects and of the problems they raise, this part of the webinar will shortly discuss the different aspects of CLRs in some European countries.

TOPICS THAT WILL BE COVERED:

Luciano Butti joined B&P Avvocati as a Partner in 1998. Before entering the practice, he worked as a magistrate from 1984 to 1997. He is Affiliated Professor of International Environmental Law at the University of Padova (Faculty of Engineering – Master’s Degree in Environmental Engineering). He has been actively involved in several training courses for judges and lawyers, organized by the “Consiglio Superiore della Magistratura” (Higher Judicial Council) and the various “Consigli dell’Ordine” (Bar Councils), respectively. Since November 2015, Luciano has been member of a Task Group coordinated by the Prime Minister’s Office and aimed at making proposals for the improvement of the Italian contaminated land regime. He is also a member of the Editorial Board of “Detritus” (CISA Publisher) and “Waste Management” (Elsevier). For many years he has been a member of Det Norske Veritas Italia’s Certification Committee for Environmental Management Systems and a member of the Scientific Committee of the Rivista Giuridica dell’Ambiente (Environmental Law Review). He specializes in Italian and International Environmental Law. At the firm he assists clients in litigation before the Italian Court of Cassation and other Higher Courts and through out-of-court advice. He has written books and articles on Italian, European and International Environmental Law and frequently gives lectures at workshops and conferences targeting public and private sector actors. He is also regularly involved in academic research projects and training courses held in Italy and abroad.